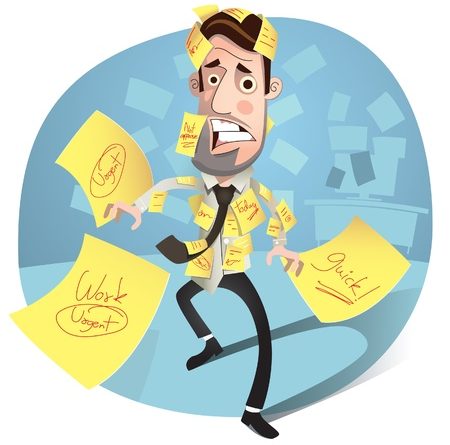 I spent a sleepless night last night with thoughts of things I needed to do buzzing around my head. The surface question was should I cycle or drive tomorrow. Not the most burning question for a 2am worry fest. I couldn’t answer this simple question because it depends on a bunch of factors and I don’t have the answers to all of them. Am I going swimming right after work? Do I need to bring my laptop home from work? And many more trivial factors that all compounded. In short, my productivity system has broken down.

I don’t function well without sleep. I really don’t want a sleepless weekend. So I had to do something about it.

Systems tend to fail due to a number of common causes. One is lack of diligence around the system. Everything is ticking along nicely so the level of diligence slips. As unconscious competence takes over from conscious competence bad habits slip in. Another is a chance in the context in which the process operates (think of digital camera surpassing film cameras).

If I’m honest, while I would like to point to a context change being the reason for a break down of my productivity system there is also an element of a lapse in dedication to the system

Like most people, my life operates in a number of contexts. I have a day job (which itself has multiple contexts). I have a home life. I’m training for an Iron Man. I volunteer as a cub scout leader. I run a dyslexia/dyspraxia support group. I blog (occasionally) about neurodiversity. Each of these places demands on my time and generate things I have to do. But none of that is new.

The new thing is that I have just set myself up as a small business offering training. This is going well and as a sole trader, the admin is relatively lightweight. However, it is an additional context. It was the straw that broke the camels back.

I’ve got stuff to do in my work mailbox, in my work sprint backlog, appointments on my work and home calendars, a training schedule in training peaks, post-it notes on my monitor (home and work), a One Note with a scattering of actions, and my Bullet Journal.

In short, I have too many open loops. Context switching is not a strength of mine. I manage this by externalising as much as possible. I don’t rely on my memory. I commit things to systems. But I’m losing track of what’s in what system.

Getting Things Done to the rescue

Getting Things Done (GTD in short) is a productivity system. It’s a great system but I don’t follow it. I do use some of the principles. Step 1 of GTD is collecting the open loops. This is getting everything out of your head / mail box / sprint back log etc and collecting it in one place.

In theory, this makes great sense. Implementing it across multiple contexts can be a challenge. This is where my Bullet Journal (BuJo) comes in. I don’t keep everything in my BuJo but it collects the important stuff and reminds me of where I need to go for the detail. This with my online calendar covers most stuff. When I am disciplined about its use.

Since it was quiet in the office this morning (thanks to 1/2 term hols and a nice sunny day) and since I never produce my best work when sleep deprived I decided to hit reset on my productivity system. I had no meetings first thing so I set about capting all my open actions, commitments, and grand ideas.

Four hours later I had finished. Four hours! It took much longer than expected. It made me 10 minutes late for a scheduled call with the Dyspraxic Doctor which was embarrassing. But it was worth it. Even in my sleep-deprived state, I feel a sense of clarity on what I need to get done over the next week or so and what I need to check in on again after that. Hopefully, I’ll sleep well tonight.

Incidentally, I cycled to work to enjoy the sun and left the laptop there. I’m having a weekend off to recharge. Starting with heading out for a 4k pool swim.