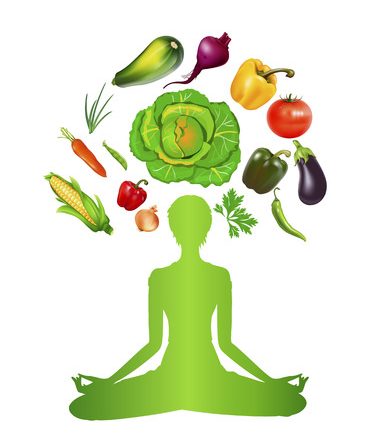 A little while back I changed my eating habits with a view to losing weight. I was not happy with my body shape and health prospects and wanted to do something about it. What I did not expect was how changing what I ate gave me increased mental clarity.

I was a regular drinker of diet coke and this was one of the first changes that caused an unexpected benefit. Hydration plays a big role in weight loss so I was trying to drink lots of water. This had the effect of crowding out fizzy drinks. Diet drinks are no calorie so not a big contributor to weight loss. However, in addition to the hydration angle, it is suggested that consuming sweet things causes more desire for sweet things.

Part of the thinking was: people often mistake hunger for thirst so by drinking lots the risk of overeating can be reduced. The “8 glasses of water a day” as I understand it has no basis in science but the hunger/thirst distinction does.

When I stopped drinking diet drinks I also stopped getting my afternoon headaches. I suffered a lot from headaches and put it down to spending so long starting at a computer screen. The correlation with the behaviour change of not drinking fizzy drinks intrigued me.

I reasoned it might be a caffeine thing. Caffeine does not give me a buzz but if I drink caffeine in the late afternoon or evening I have trouble sleeping. So I swapped out the water for tea and coffee and I remained a headache free. Something in diet drinks gives me headaches and now I know this I can avoid them. I also avoid other fizzy drinks as they are empty calories.

I am a big fan of podcasts and started listening to a podcast called The Smart Science of Slim (which later became the Sane Solution). This offered science-based insights into weight loss and healthy eating. I was so captivated I ordered the book – the calorie myth. With the SANE approach, I lost a lot of weight – 30kg.

Along the journey, I branched out with The Wild Diet and a Primal Aligned Diet. I did not follow anything too strictly and I still got impressive results over time. But this is not a post about weight loss.

A striking thing I noticed was what I ate impacted how I felt. I first started noticing this when I deviated from my desired eating habits. SANE, Wild, Primal are all eating approaches that are lower in carbs than a typical diet. I started to notice when I binged on carbs I would feel less physically and mentally active. This intrigued me.

I dug a little into the science. On a low card diet, it is possible to get into a state called ketosis. This is where the brain is running on ketones derived from fat rather than glucose from carbs. The US Navy Seals experimented with ketosis to maintain cognitive function on missions (I’ll save you the science of oxygen CNS toxicity). Ketosis has also been used to treat drug-resistant epilepsy. The reason why it is not used more widely for epilepsy treatment is that it is a restrictive diet meaning compliance rates are low.

Being a bit of a geek I invested in some keto sticks so I could see if I was entering this magical state. The sticks said no. This is probably because, following the SANE principles, my diet was packed full of veg. There is a state between carb dependent and ketosis called fat adapted. I think this is where I was. Gone was the need to eat every 4 hours or get hangry.

In a fat adapted state, I found my memory was better. I found I could concentrate for longer. Oddly I found I could sleep better and also need less overall sleep. It is like an upgrade for my brain. If I binged on pizza and beer I’d end up in a sugar coma feeling mentally and physically sluggish.

I am a problem sleeper. When I get a good amount of good quality sleep I feel fresh and alert. When my sleep is poor in quality or quantity I feel sluggish and I crave sweet foods.

If I eat late at night or a really big evening meal this will impact my sleep. This then impacts my mental clarity and desired not to overeat the next day.

For those keen to lose weight there is another sleep consideration. When you are low on sleep your body has elevated levels of stress hormones. Your body is in an alert state and in this state, you cannot lose weight.

There is convincing research into the benefits of omega 3 fatty acid (eicosapentaenoic acid (EPA) and docosahexaenoic acid (DHA)) supplements for mental function and attention. Research also points to DHA (found in cod liver oil) helping with depression and Alzheimer’s.

The use of nootropics (smart drugs) and microdoses of psychedelics to increase mental function and creativity are getting increasing attention. This is not something I’ve tried so I can’t comment on it. There is considerable risk in taking uncontrolled supplements.