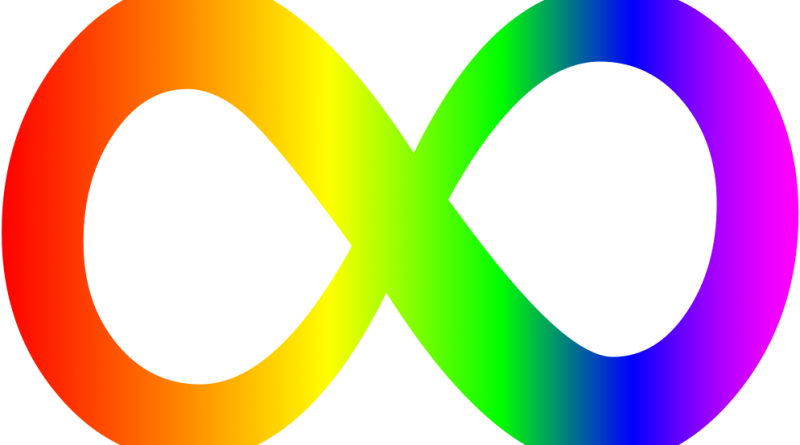 What is neurodiversity? Neurodiversity is a term growing in popularity but what does it actually mean? How does it fit with dyslexia, specific learning disabilities and autism?

In this blog, I talk a lot about dyslexia. I also discuss dyspraxia if I am referring to specific traits from my dyspraxic side. Frequently I’ll use the terms neurodiversity/neurodivergent to refer to a broader set of differences. Dyslexia is a reasonably well recognised. Dyspraxia (or Developmental Coordination Disorder as it is also known) is growing in recognition. Conversely, Neurodiversity is not a widely understood or even widely recognised term. I am not consistent with the terms I use on the blog and I often default to using the term dyslexia to cover the Dys*** set of characteristics. There are two reasons I am not uptight about a consistency (or a complete listing of all the conditions a bit of advice might benefit):

Dyslexia, Neurodiversity and so on – why so many terms?

The word dyslexia is widely recognised but is is also frequently misunderstood. Many people think dyslexia is about not being able to read and write (it more than that) or about being stupid (the opposite is true). This creates a desire in some to distance themselves from the label with its negative connotations.

Terms used to refer to the collection of conditions don’t do much better. Specific Learning Difficulty or Specific Learning Disability (SpLD) focus on one aspect of having different brain wiring. Any mention of disability also shifts focus to what an individual can’t do. We don’t call a fish climbing disabled. Many people who think differently do not self-identify as disabled.

So what is neurodiversity?

Neurodiversity is a term to cover a collection of cognitive processing differences such as dyslexia, dyspraxia, Attention Deficit Hyperactivity Disorder (ADHD), dyscalculia, dysgraphia, autistic Spectrum and Tourette syndrome. For many the terms neurodiversity and neurodivergent advocate an embracing of the gifts that different thinking can bring and a move away from negative labels. 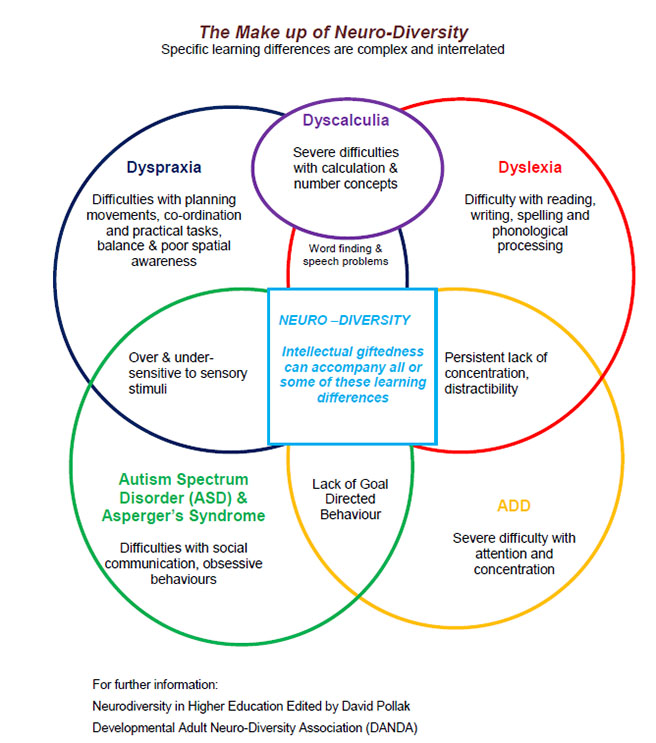