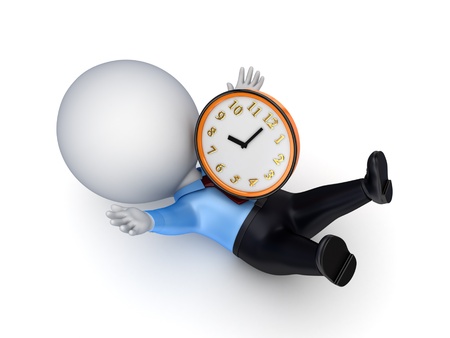 Do you find your best ideas come to you in the shower? Mine often come to me when I’m on my bike, or occasionally at 2am. When the brain is not maxed out on processing stuff in the hear and now it has the chance to form connections between disparate ideas. It is often these connections that lead to breakthroughs. Powerful insights are often found at the intersection of ideas as I explored in seeing the world through books. Given that most of this blog is about maximising productivity (and there is even a post on what productivity podcasts to listen to so as to maximise the value of the daily commute) how does that square with the chance to reflect? Could I be advocating leaving things to the last minute with delayed focus – isn’t that just procrastination?

The goal of productivity is not about being always on, always busy. Busy is not productive. Busy is not effective. Neither is multitasking while we are on the trend. Busy has somehow become glamorised as a good thing. Busy is only good if it is effective.  Delayed focus can be effective.

Daydreaming can be a free flow subconscious problem-solving tool. It can even solve problems we didn’t know we had. Being productive and structuring the day is about making time to address priorities. That might be filling in tedious forms that need to be completed or it might be hours of quiet time set aside to think through a problem.

) frees up brain cycles to have that thinking space and allow delayed focus. Podcasts and audiobooks help me have a broader base from which to build connections. Visualising my workflow and timeboxing mean I can ensure I get things done on time. This structure actually provides the freedom to delay.

Research into the benefits of procrastination

In 2010 researchers Cohen and Ferrari reported that “research supported that procrastination may prolong the incubation period for creativity.” Professor Adam Grant in the book Originals: How Non-Conformists Move the World

explains that procrastinators are more creative than non-procrastinators because they are given a chance to incubate their ideas. He explores this in his TED talk. 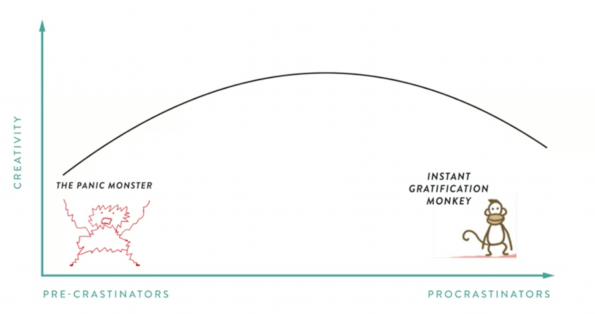 The Independent wrote about how Martin Luther King’s ‘I have a dream’ speech, Abraham Lincoln’s Gettysburg Address and Leonardo Da Vinci’s Mona Lisa are all the result of procrastination.  That’s some quite esteemed company to be in.

Jihae Shin, now a professor at the University of Wisconsin, proposed that when you put off a task, you buy yourself time to engage in divergent thinking rather than foreclosing on one particular idea.  As a result, you consider a wider range of original concepts and ultimately choose a more novel direction.

They found that although active procrastinators reported the same level of procrastination as their traditional or passive counterparts, they demonstrated a productive use of time, adaptive coping styles and academic performance outcomes that were nearly identical to—and in some cases even better than—those of non-procrastinators.

If you need the pressure of a deadline to motivate you into productivity you can simulate this with timeboxing and artificial deadlines. Timeboxing can also add a degree of gamification to boring tasks.

If you are tempted to intentionally procrastinate to foster creativity then make an early start and delay finishing. I have many blog posts in part draft form with sections that are just bullet points waiting for ideas to formulate. Making a start on the piece of work allows you to see where the creativity is needed.

If you are using artificial deadlines or a start early finish late approach you need a system to ensure you finish the work. I use my journal for tracking my work. For work that is good enough, but I might want to refine, I will also use delayed emails/blog posts as described in the safety net section of my memory technique blog.

“The secret to doing good research is always to be a little underemployed. You waste years by not being able to waste hours.”
— Amos Tversky